My name is Lisa Coons and this is Timón, my dog, who travels with me everywhere I go. He has been with me since 2013, so we have spent these past 7 years together on every trip we have traveled. I am going to tell you how a girl from Kentucky ended up being in Manta, Ecuador owning a condo on the Pacific Ocean in the heart of the metropolitan area of Manta, Ecuador. It’s quite simple really. At the end of 2016, I was done and needed a BIG change in my life! So I began researching many different countries to retire earlier than expected when I was to turn 62 in January of 2017.

I had been living in Florida since 1980, when I moved from KY to FL, because I wanted to get out of the Kentucky country life and use my degree in communication, study in the field of real estate, cabinet and furniture manufacturing in the growing market of Florida! I began an intense career running, my own Manufacturer’s Representative Sales and Marketing Company, LC Sales & Marketing, Inc for over 20 years between 1990 and 2010. My company and career skyrocketed and life was good, until 2008. The Great Recession in the US was a severe financial crisis combined with a deep recession. This was a result of the housing bubble and the subprime mortgage crisis. My industry was devastated. I was basically an unemployed woman at the age of 56 in November of 2011. I was very depressed as I had also invested almost all my assets in my personal home and other real estate in Florida. So I began with reinventing myself in a new career, I began working on my Master’s degree in Social Media and Digital Marketing. Having my own company for 20 years, I developed a knowledge for both MacIntosh and Windows platforms. With the creative platform of MacIntosh and Apple software development, I published all my own marketing materials. And Windows ran the business accounting and database software platforms. Sooooo….going to work on my Masters in Social Media Marketing  was my new idea!

I was feeling much better about myself. However, I was not making very much money, as I started entry level with Marriott Vacations Worldwide at basically $10 an hour with a minuscule commission. It was tough.

When my dog Parker, a Staffordshire, saw a rabbit one evening when walking,  who BTW weighed approximately 60 pounds and strong as a bull had lunged so quickly, I literally hit my head on the ground with a hard jolt. I ultimately was diagnosed with BPPV, benign paroxysmal positional vertigo, a result of a fall in the middle of the night while going to the washroom. The fall resulted in a concussion, broken collar bone and 3 day hospital stay. My concentration was never the same afterwards. The BPPV was diagnosed at that time. I had completed 8 of the 12 required classes toward my Masters Degree

During the recovery of the recession, for therapy I took up writing and had a couple of fun books published, My Wine and Sushi Diet, a series of books that are told by my dogs, Parker and Timón. Yeah, my previous dog Parker and then my new psychiatric service dog, Timón. In February of 2016, my long time best friend Doris, died suddenly, at the age of 84. She was followed by my cousin, in October and my father in November. I was fried and had gone though all my life savings and retirement and now finally this point. I needed a change, I could not afford to live in the states and take social security at 62, as my depression and anxiety had escalated to the point as I really couldn’t take the pressure any longer.

So the good ol’ Internet Research started. Five of the countries were on my radar, including Costa Rica, where I had a Canadian friend who happened to live there. After speaking with him, it became clear that ECUADOR was now at the top of my list. After reading about it, and finding out per International Living it was the #1 retirement destination in 2015, I decided to move forward with Ecuador. I’m basically a Florida girl now and wanted ocean and sunshine and the sound and breeze of the ocean so Manta and its surrounding Pacific Coast Beaches became my final choice. I settled on Manta, after a visit in March 2017 a 2nd visit June 2017, and the trip I purchased my condo and moved in October of 2017.

I sold everything I own, brought 3 suitcases, 1 bag of golf clubs, 1 carry on and my chihuahua, Timón. We merely had a bean bag chair compacted in a 20” by 20” box, which we had left behind and stored by a friend in Manta on the 2nd visit and my iPad and that was it! We took the plunge and I’ve never looked back. I have finally found myself, actually love myself, enjoy peace and have found joy in my life again. Minimalist living is really freeing! So now I want to share the beautiful Manta Ecuador Pacific Coast Beaches with people who likely have never experienced weather like this, or beauty like this, as the sun rises everyday around 6:30AM and sets around 6:30PM every day! Wow, it’s a great life!

I decided to start this tour adventure for one simple reason; to share my joy of what I have found. I have Ecuadorians who will assist me with my very semi private tour of a maximum of 6 people for 9 days/8 nights, ALL INCLUSIVE PLANNING {hotels, meals, beverages, transportation, tour guides} along with Me and Timón!  We just want to share the beauty of Manabí Coastal Beaches and the metropolitan city of Manta. It frustrates me that people think Ecuador is a “third world country”! Geez, I hate labels! What Ecuador is, IS a beautiful pristine country, with year round fantastic temperatures, whale watching. NO HURRICANES in Ecuador, ever, a relief for me coming from Florida. This is the country who owns and protectively cares for the Galápagos Islands the way Darwin would have wanted.

I do this Journey to show you the beautiful Manabi Coast and meet people! It’s fun to do and see the communities of Manta and Manabi, enjoy the beaches and relax!

Supporting the local community: Our Journey helps the locals get work as I pay them to drive us all up and down the coast and when not in Manta we stay at a beautiful resort in Canoa owned by two dear friends and when in Puerto Lopez, we stay an option of two locally owned hotels I have met with and would like to support.

The town of Manta is also very modern with good facilities and we have a concierge specialist with us on our excursion who can discuss many things people are curious about when it comes to medical, dental, hospitals, basically healthcare. They do have an IESS program, it is a system that does provide healthcare for all residents of Ecuador, and many expats do choose to become residents for this reason.

Some choose it because it is so awesome they don’t want to live anywhere else anymore. It is that simple. But recognizing, many people are just curious, AND may not be looking to make any BIG moves, I want you to know, AND have my personal word and guarantee, NO ONE is going to try to sell you anything. However if you are curious and want to look, there will be opportunities to meet the #1 Real Estate Producer of the Greater Manta area, Ryan Kelly, his wife Tiffany and their team from Ecuador Shores Reality at the meet and greet to answer any questions you may have! Also Top Dental Dentistry, Victor Carreno, who is English speaking, and his wife Jennifer, can explain the low cost of dental care in Ecuador and how it works. Juan, who is my Tour and Transportation specialist, will BE SHOWING US beautiful Manabi Province, where he was born and raised, and will be with us on the tour! Remember, it is 9 days and 8 nights, ALL INCLUSIVE PLANNING! It is a great deal for what you will expect and how you will feel when you leave! Hope to see you soon! 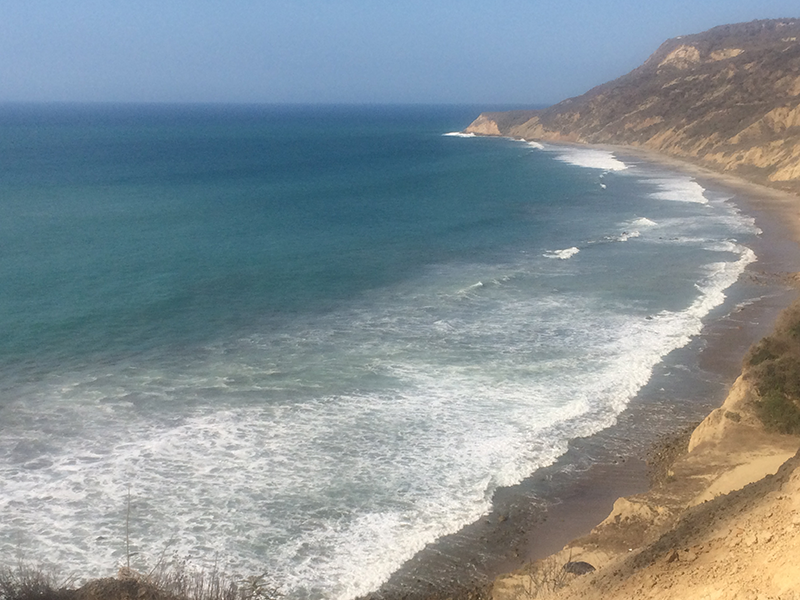 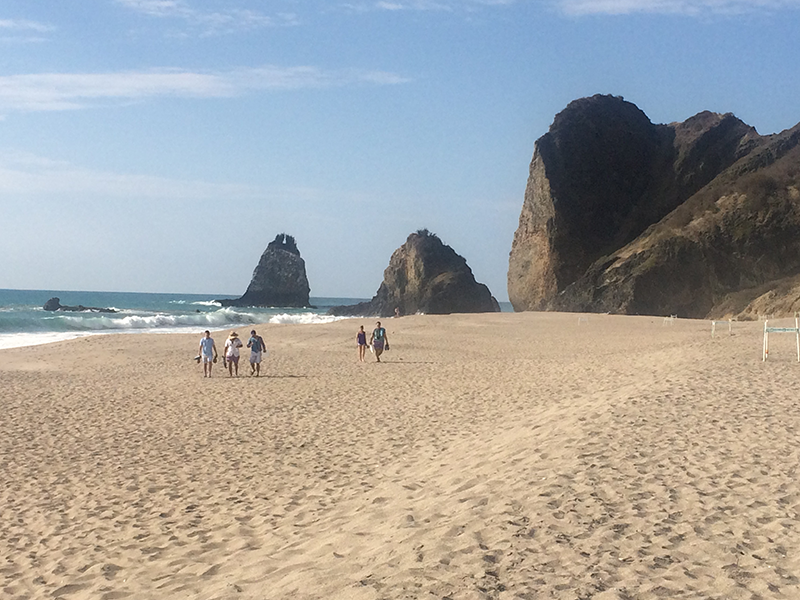 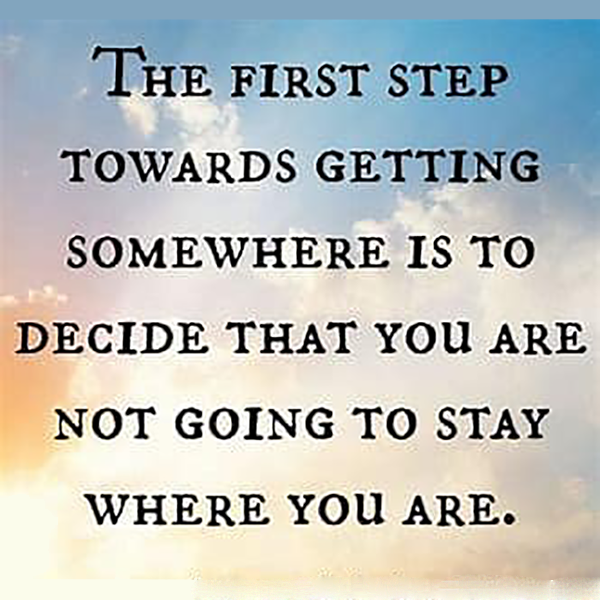 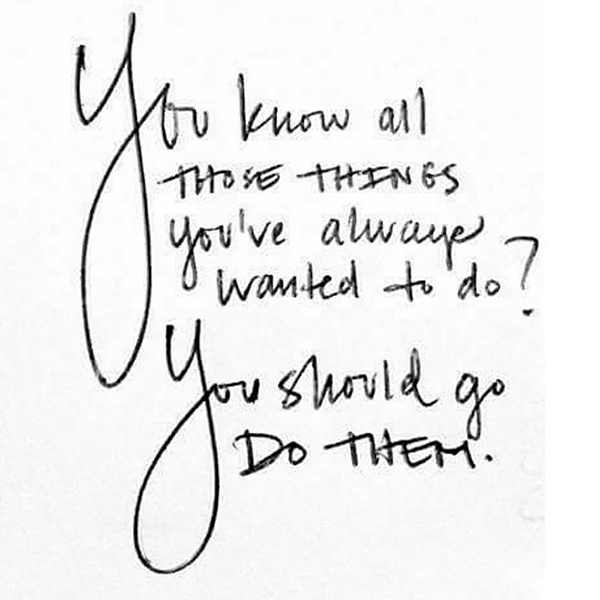 Watch this video with some cool drone shots over Manta!

My June visit to Manta, Ecuador 2017, I had made my decision this was the spot for me!

** Select your own dates for your private tour of Manta and the nearby coastal areas.

Buy Me a Coffee